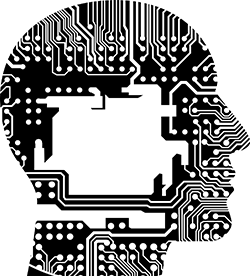 A University of Surrey-based team have filed the first patent applications for inventions created by a machine. Applications were made to the US, EU and UK patent offices; they are for a machine using artificial intelligence as the inventor of two ideas for a beverage container and a flashing light.

Media's attention toward this move resonates with last year's prediction by Baker McKenzie that "Patentability of AI-created inventions, liability for infringement by AI, and patent subject-matter eligibility of AI technologies are the top three areas of patent law that will be disrupted by AI."

Looking to the future, AI poses challenges to the legal framework. "The patent system was designed to incentivize innovation by granting exclusive rights to inventors for a limited time in exchange for their inventions. But it was encoded into law when there were no computers," according to Baker McKenzie.

There is now a site for a project focused on intellectual property rights and the output of artificial intelligence. This is the Artificial Inventor Project, and it can clarify why the topic of AI and patents is so relevant today.

How can one possibly suggest that an AI system 'should be recognized as inventor, however? That would seem to go nowhere fast. Nonetheless, it is travelling as an open question. Leo Kelion, BBC, brought this issue into a UK perspective:

"The UK's Patents Act 1977 currently requires an inventor to be a person, but the Intellectual Property Office is aware of the issue," he wrote. He quoted a spokesperson. 'The government believes that AI technology could increase the UK's GDP by 10% in the next decade, and the IPO is focused on responding to the challenges that come with this growth.'"

As previously mentioned, elsewhere than the UK, applications were also pending. Law professor Ryan Abbott told BBC News: "These days, you commonly have AIs writing books and taking pictures but if you don't have a traditional author, you cannot get copyright protection in the US."

Abbott is a professor of law and health sciences at the University of Surrey. He is leading a team filing the applications for the two AI-created inventions. These applications could require patent offices, courts and legislatures to confront outdated patent practices.

"So with patents, a patent office might say, 'If you don't have someone who traditionally meets human-inventorship criteria, there is nothing you can get a patent on.' In which case, if AI is going to be how we're inventing things in the future, the whole intellectual property system will fail to work."

Laura Butler, University of Surrey, said, traditionally in patent law, an inventor is the default owner of a patent. "Most jurisdictions have historically restricted inventorship to natural persons in order to prevent corporate inventorship, which in principle should not be used to deny protection for AI-generated works."

Previously, Shlomit Yanisky-Ravid (Yale Law) and Xiaoqiong (Jackie) Liu (Fordham) wrote in Cardozo Law Review: "We call on policy makers to rethink current patent law governing AI systems and replace it with tools more applicable to the new (3A) era of advanced automated and autonomous AI systems," they stated. They had argued that traditional patent law had become "outdated, inapplicable and irrelevant" with respect to inventions created by AI systems.

The two authors drilled down to areas for discussion. Questions they raised in their paper included "which norm should we apply when there is only one or a few stakeholders involved in inventing and operating the system?"

In the current AI-patent event, the applications have been filed on behalf of a machine called DABUS that used AI to design the two products. "One application claims a new type of beverage container based on fractal geometry, while the other claims a device for attracting enhanced attention that may help with search and rescue operations," said Butler.

DABUS (device for the autonomous bootstrapping of unified sentience) is a machine learning system. It was trained to develop new ideas, the "mental" part of the inventive act. Its creator is Stephen Thaler, who taught the machine.

DABUS, said Butler, University of Surrey, "relies upon a system of many neural networks generating new ideas by altering their interconnections. A second system of neural networks detects critical consequences of these potential ideas and reinforces them based upon predicted novelty and salience."

So, what does DABUS have to do with all this clarity-seeking on patents and AI? The DABUS AI generated the output that formed the basis for the two patent applications. The applications have been filed on behalf of DABUS.

E&T (Engineering and Technology), spelled out the significance of this discussion: "No country has laws specifying how these cases should be handled. While there has been anticipation about AI as a creative force for decades, an AI has never been credited as inventor in a patent application."

Melissa Locker in Fast Company went further in explaining a side of Abbott's argument that showed how supporting AI patent protection supports human endeavor too:

"Abbott argues that without assigning patent protection to the ideas generated by artificial intelligence, the developers, researchers, engineers, and scientists behind these inventive AIs will lose their drive to innovate on systems that could eventually, say, cure Ebola or reverse climate change. Granting a patent to the AI will 'reward innovative activities,' he said, 'and keep the patent system focused on promoting invention by encouraging the development of inventive AI, rather than on creating obstacles.'"

According to WIPR (World IP Review), Abbott said that his team had informal discussions with various patent offices around the world over the past year. Some, he said, indicated that they were likely to reject any attempt to list AI as a sole inventor, while "others said they would be more open to it."