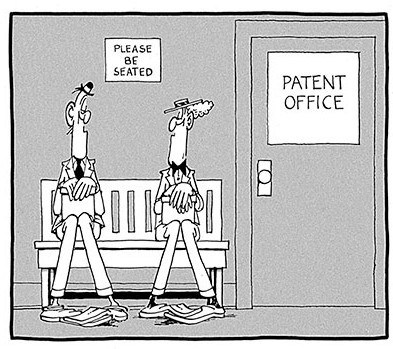 Shadow-banning is a process that dates back to at least the 1980s, with Citadel BBS's "twit bit," which would allow users to post replies to forums that they could see, but no one else could see.

That hasn't stopped Facebook from claiming to have invented shadow banning in is application for United States Patent 10356024, "Moderating content in an online forum," which claims that current/former Facebook employees Jeffrey Andrew Kanter, Mitu Singh, and Daniel Gregory Muriello "invented" a bunch of moderation techniques that have either been done before or are incredibly obvious, or both.

Patents are a gigantic dumpster-fire, and software patents doubly so. First, there's the common practice of filing patents for obvious things and then adding "with a computer" and hoping the patent gets issued. Then there's the practice of just filing patents for things that already exist and hoping that the patent examiner misses the fact that you're patenting something someone else invented years ago.

Finally, there's the universal practice among patent lawyers of drafting patents combine deliberately obscure language with a set of claims that begin with stupidly broad language ("a method and process for doing anything, anywhere") and then narrow down to something niggling and tiny and irrelevant, both in the hopes of slipping one past an overburdened patent examiner and also to intimidate future competitors who might be confused about which parts of the patent the examiner found valid and which parts were struck out because "doing anything, anywhere" is not a patentable invention.