LG files another patent application for a foldable phone

LG is expected to introduce its next dual-screen phone on September 6th. Unlike a folding phone like the Samsung Galaxy Fold, the dual-screen phone employs a second dedicated screen that can be added or detached at any time. But LG also appears to be working hard on a foldable phone; a couple of patent applications published this month seem to show what type of design the manufacturer is looking at for its foldable handset. One patent filing that we told you about earlier this month revealed a phone that folds not once, but twice. When the device is folded, a gap is created that can house an accompanying stylus. 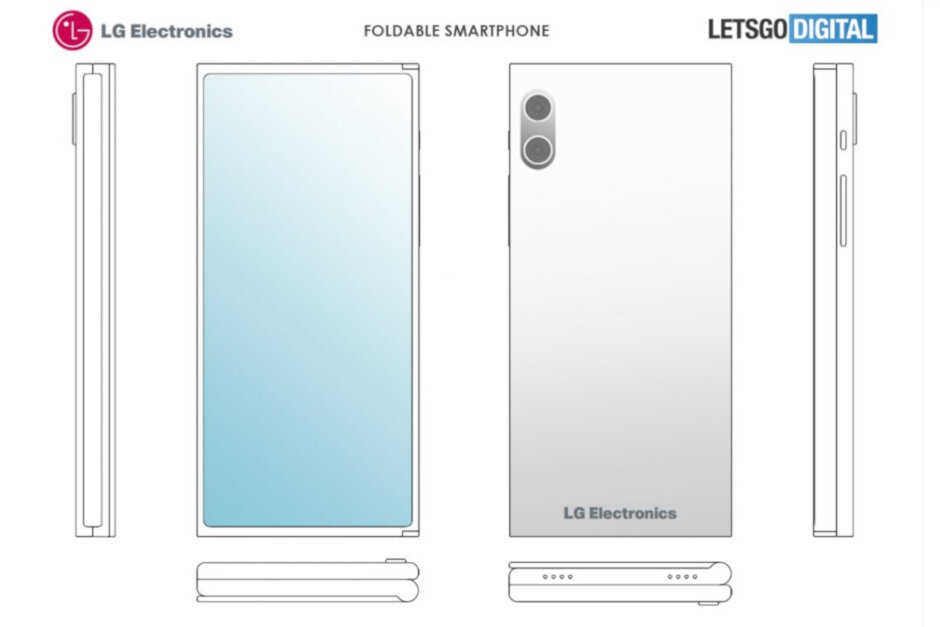 Another LG patent application published last week by the World Intellectual Property Organization (via LetsGo Digital) shows another take on the foldable smartphone. When the handset is opened up, it reveals a larger display, twice the size of a regular smartphone screen. And there is another screen that folds out to form an even wider screen. Simply think of a Galaxy Fold unit that opens up to reveal a third screen that can open out. This additional display is half as big as the internal screen. The side bezels are thin and there is a small visible border between the internal screen and the additional display, which also doubles as an external cover screen. This allows the user to have a full-sized screen on the outside of the device instead of the small display found on the outside of the Galaxy Fold.

LG has already trademarked some names for its foldable phone

The patent shows that the phone will have a dual-camera setup on the back and it is expected that the selfie snapper and the fingerprint reader will both be underneath the display. Also missing is a 3.5mm headphone jack and a charging port; this means that the handset will only charge wirelessly. 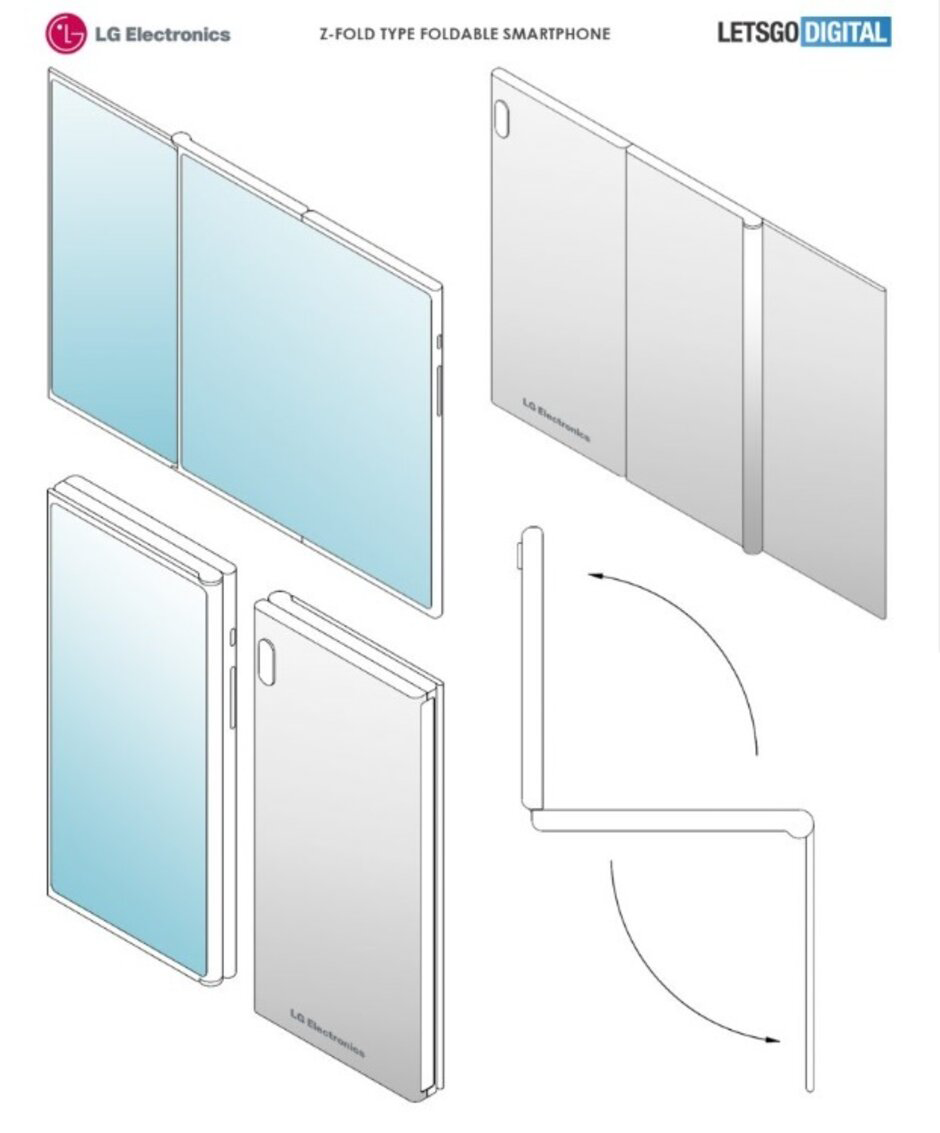 LG has already trademarked several names related to a foldable phone such as LG Bendi, Foldi, Folds and Duplex. But it doesn't appear that we will see anything in the foldable segment of the smartphone market from LG until next year at the earliest. Last year, the Royale FlexPai became the first foldable to be launched, and the Samsung Galaxy Fold was scheduled to be the first foldable from a major manufacturer upon its scheduled release on April 25th. But just days before the phone was to be released, Samsung delayed the launch; influencers peeled off the protective film on their review units damaging the large internal display. In addition, dirt and debris entered into the device through an opening in the hinge on at least one unit, causing the screen to bulge. And other review units just stopped working. 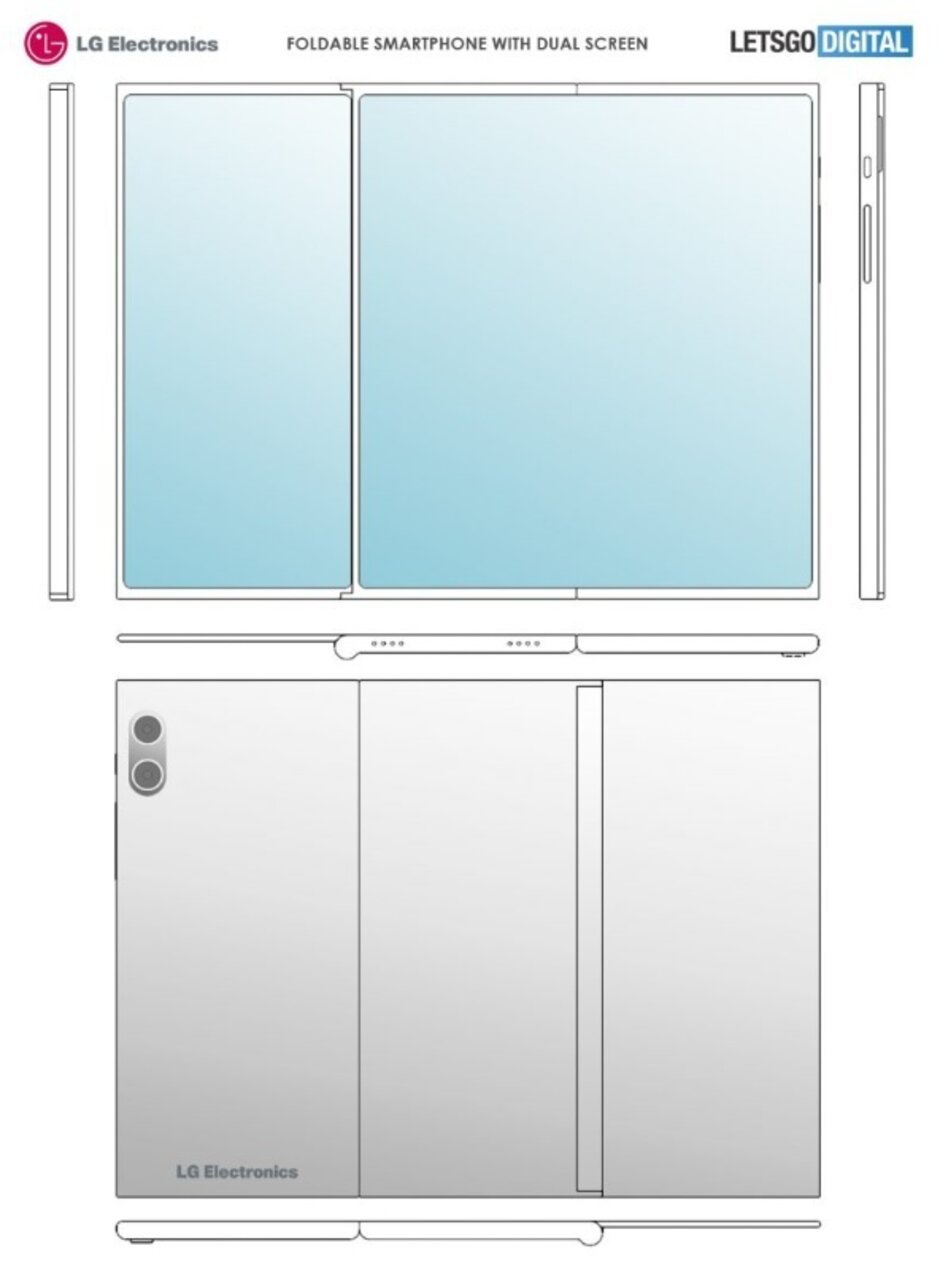 So Samsung delayed the launch and went back to the drawing board. It tucked the ends of the protective film under the phone's bezels so that they couldn't be peeled off and put protection caps on the top and bottom of the hinge to prevent dirt from entering the Galaxy Fold through the openings. And metal layers were added underneath the Infinity Flex Display to reinforce the screen. The phone will now be released sometime next month.
Also expected next month is the foldable Huawei Mate X. This device folds outwards as opposed to the inwards fold on Samsung's device. The camera assembly and the fold in the middle of the phone now appear to be made of carbon fiber, or material made up to look like carbon fiber. In addition, based on photos showing Huawei consumer chief Richard Yu holding the phone, it appears that a fourth camera sensor has been added to the device. This is said to be a Time of Flight sensor (ToF) that uses infrared light beams to help calculate more accurate depth measurements for improved bokeh effects on portraits.
With pricing sky high for both models ($1,980 for the Galaxy Fold and the equivalent of $2,600 for the Mate X), pricing in this sector will need to drop substantially before foldable phones catch on with the majority of the public