LG’s mobile sector has a worrying earnings outlook. But its bold innovation in design is still very commendable, especially in its high-end smartphone models. Today, Let’s Go Digital has once again released a set of smartphone design patents for LG applications. One of the devices has no physical buttons. 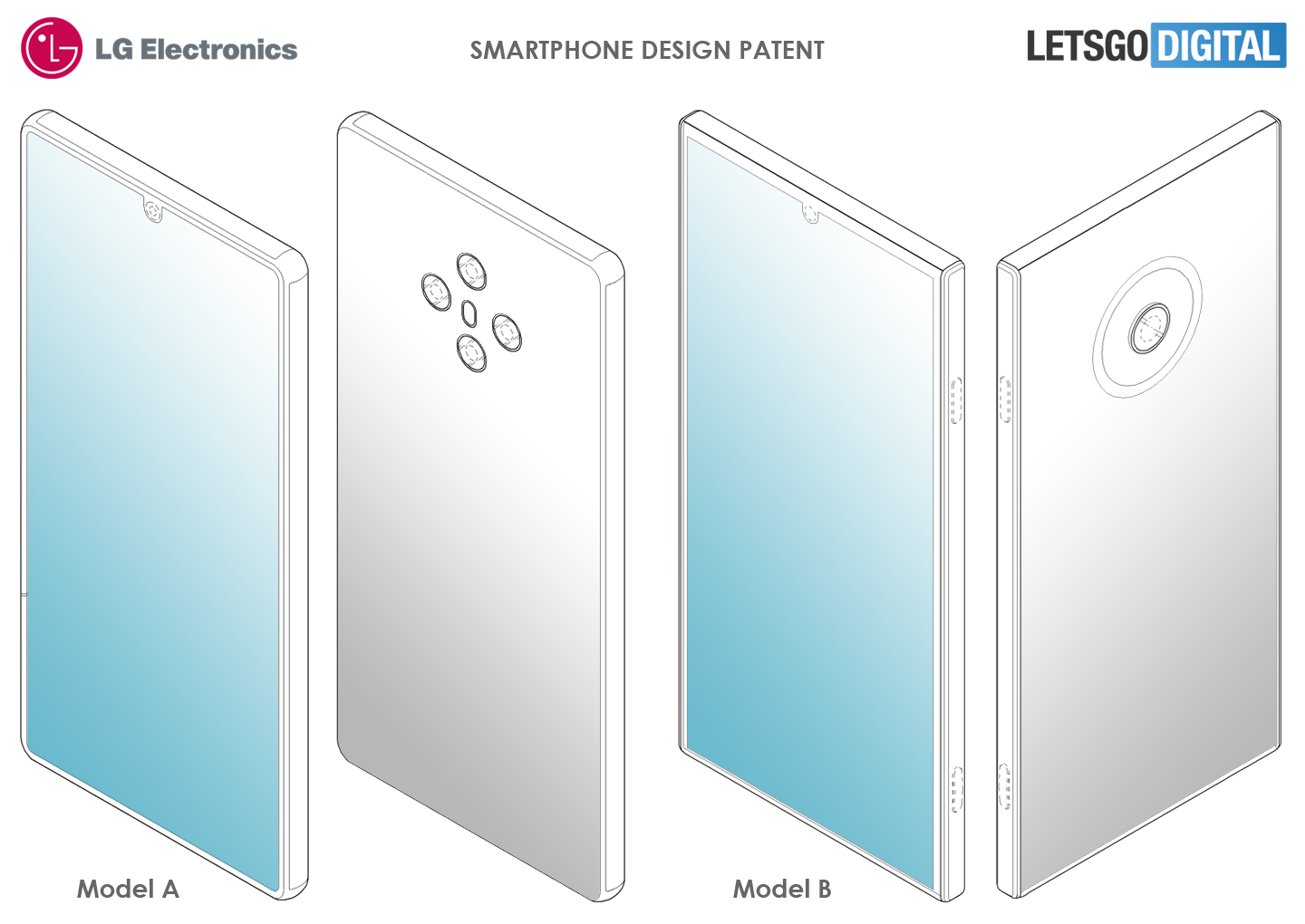 In October 2018, LG Electronics submitted the smartphone design patent to KIPO (Korean Intellectual Property Office). The documents show its approval date of April 19, 2019. The patent sketch shows a mobile device with a rear-mounted quad-camera. But till the date, LG hasn’t launched a smartphone with a rear-mounted four-camera. The LG G8 ThinQ and V50 ThinQ, which were introduced earlier this year, use only the horizontally arranged rear three-camera solution. 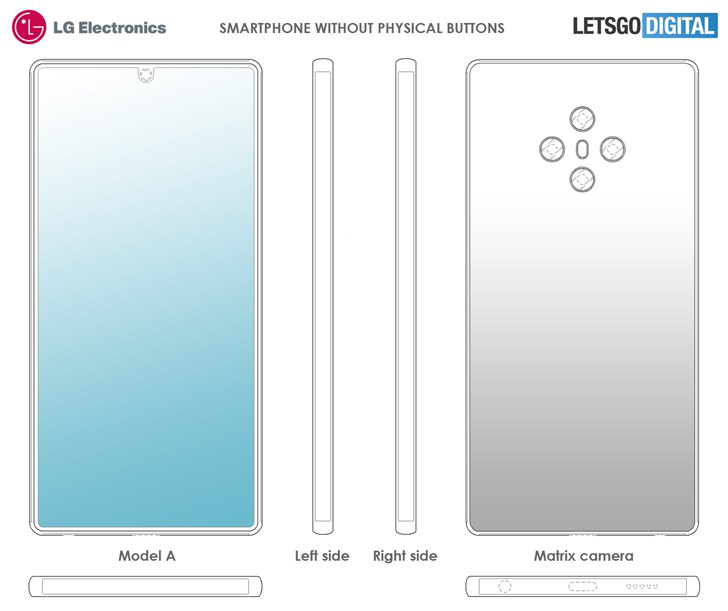 However, the flash of the patented mobile device is in the middle, while the four camera sensors are located around it. Also, no trace of fingerprint recognition is found on the back of the device. So there is every reason to think it will adopt a screen fingerprint recognition option. At the same time, there is a speaker at the bottom of the device, a USB Type-C interface, and a 3.5 mm audio interface. It is worth noting once again that this device does not have any physical buttons.

IS THERE ANYTHING IN COMMON WITH THESE SMARTPHONE DESIGN PATENTS AND OTHER MODELS?

Speaking of the no-button design of the fuselage, it is necessary to mention the world’s first button-less smartphone Meizu Zero showed this year. Plus, we should also mention the VIVO Apex concept phone. However, compared to the equipment in the LG patent, Meizu and VIVO’s equipment are more rounded.

On the same day, LG Electronics also registered another design patent at KIPO. This smartphone has an ultra-narrow phone frame and a waterdrop screen design, and it will also use the screen fingerprint recognition option. The outline of the device body is slightly square. The LG smartphone features a regular physical button design with a volume button on the left side of the fuselage and two physical buttons on the right. It’s worth noting that one of the buttons is located in the lower part of the body. It is likely to be a stand-alone camera button similar to a Sony device. The camera configuration information for this device is not disclosed in the patent documents.