New Ford Roof And Grille Patents Could Be Linked To Bronco

Three new patents from Ford hint at possible features we could expect from the all-new Bronco. None of the filings call out the Bronco by name; however, it’s challenging to think of another Ford offering that’d require removable windows or an interchangeable grille. The Bronco is one answer – or the smaller “baby” Bronco announced in 2018. Patent and trademark filings have provided one of the few opportunities to see which features the Ford Bronco could have when it arrives next year.

Many of the previous patent filings we’ve encountered reference various technologies for removable doors. The three recent filings are different. One details a removable roof rack – it’s that simple. It’s strange because the Bronco could feature a removable roof, too, which would make removing the roof rack redundant. The other filing shows a vehicle with removable windows from the rear panel, providing an “open-air driving experience.” The final patent details what appears to be an interchangeable grille system.

Aftermarket parts and accessories are one area the Bronco could succeed, and an interchangeable grille system could be one such avenue the automaker is pursuing. Imagine the possibilities of being able to change one grille design for another easily. That’s a market ripe for top-tier aftermarket products. Then again, automakers often file patents for new technologies and features that never see the light of day. 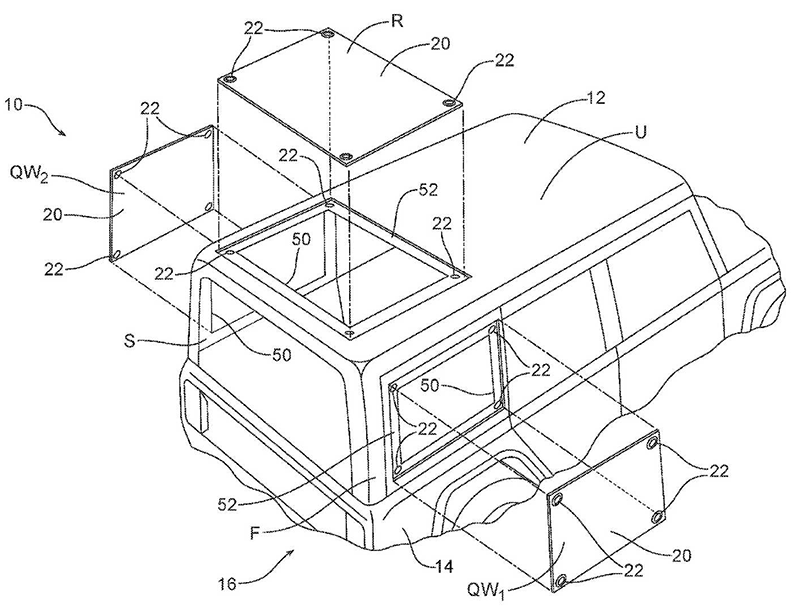 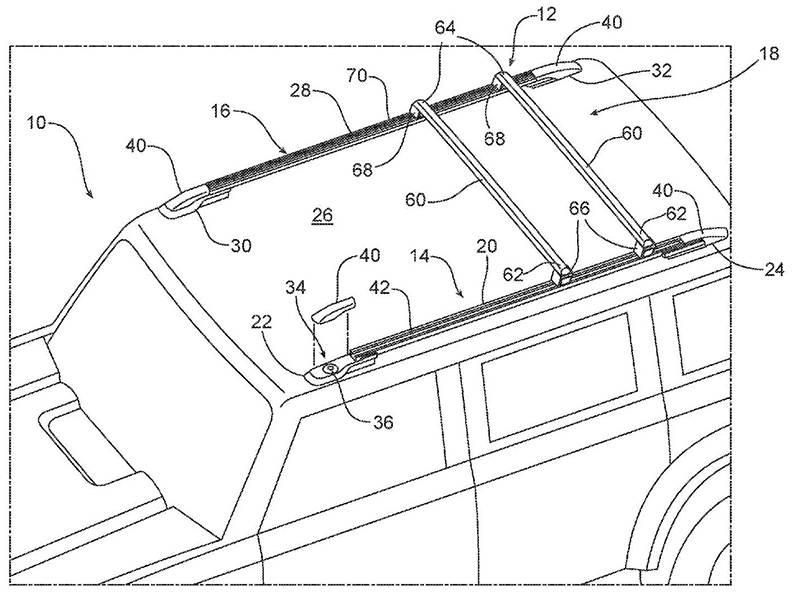 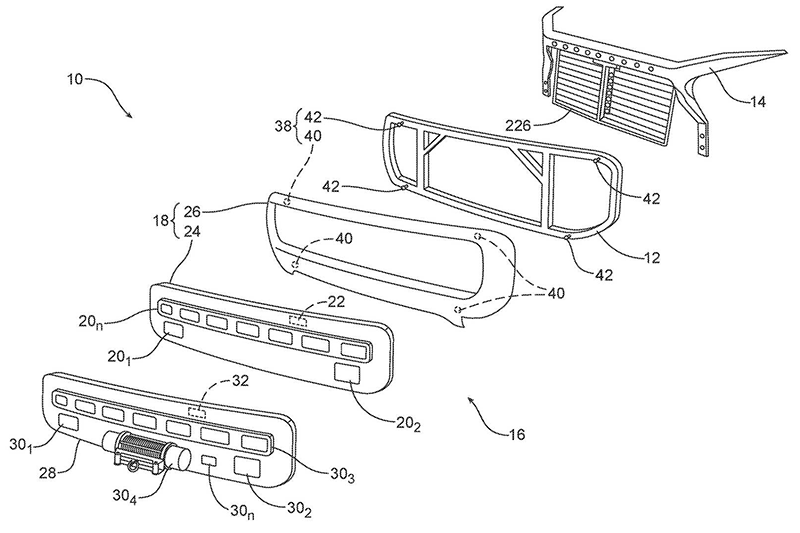 There’s a lot we don’t know about the upcoming Ford Bronco. Speculation has fueled the rumor mill since Ford announced the Bronco’s return during the 2017 Detroit Auto Show. There’s a solid chance the Bronco will feature removable doors and top, but we’ve only gleaned that information from various patent filings from the Dearborn-based automaker. Days after the Bronco announcement there were rumors the Bronco would come with an “Air Roof,” six modular roof panels that could be added and removed manually. The rumors continue today. We’ll have to wait to see the final product to learn which rumors were true.
Source: United States Patent and Trademark Office