That's according to emails reviewed by the Associated Press, which paint a picture of a nationwide effort to convince colleges to be on guard against intellectual property theft. The emails underscore the extent of U.S. concerns that universities, as recruiters of foreign talent and incubators of cutting-edge research, are particularly vulnerable targets. 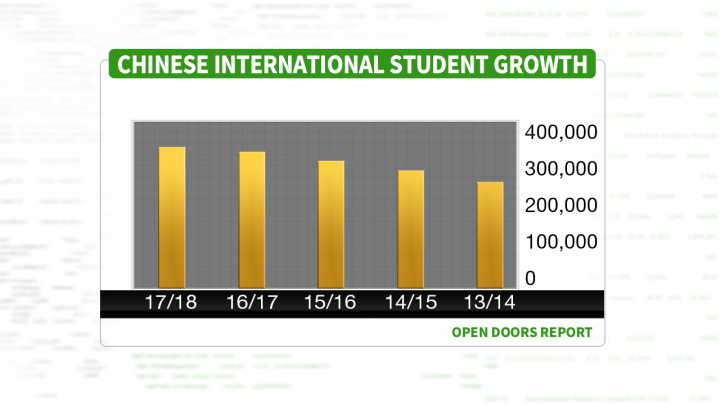 "When we go to the universities, what we're trying to do is highlight the risk to them without discouraging them from welcoming the researchers and students from a country like China," Assistant Attorney General John Demers, the Justice Department's top national security official, said in an interview.

Agents have lectured at seminars, briefed administrators in campus meetings and distributed pamphlets with cautionary tales of trade secret theft.

"Existentially, we look at China as our greatest threat from an intelligence perspective, and they succeeded significantly in the last decade from stealing our best and brightest technology," said William Evanina, the U.S. government's chief counterintelligence official.

Some university officials have showed wholehearted concern, and some have worried about limiting the "free exchange of scientific knowledge."

A Chinese professor who taught at the University of Texas was charged in September with stealing state-of-the-art technology from a Silicon Valley firm while secretly employed by technology giant Huawei.

The warmings come as Chinese students continue to play a significant role on U.S. campuses.

A third of all international students in the United States are Chinese, according to the 2018 OpenDoors Report. About 363,341 students from China attended classes at American higher education institutions last year. The number of Chinese students has been increasing steadily since the 2012-13 schoolyear when the number of Chinese students in the U.S. was more than 235,000. Chinese contribute about $13 billion annually to the economy, according to NAFSA: Association of International Educators.