Is the electric automaker ready to reinvent a common luxury? For many car buyers, whether they're shopping new or for something preowned, there's one feature that many put at the top of their list: heated seats. If the seats have a ventilating function, that's just a bonus because, gosh dang it, heated seats feel so nice.

For years, heated seats have largely all functioned the same, but Tesla may be ready to introduce a very different setup for warming or cooling drivers' behinds. In a patent application published Sept. 29, Tesla detailed a liquid-heated seat. The function extends to using the liquid to cool the seat as well.

Why go through the process of redoing a system that works pretty well already? These liquid-infused seats could help boost a Tesla's range since they wouldn't rely on an electrical current to heat an element. Also, ventilated seats rely on fans that push air away from the seat to give a cooling effect. Both of these electronics require, you guessed it, power. And for electric cars, that leaves less battery juice for the car to spend on simply driving. 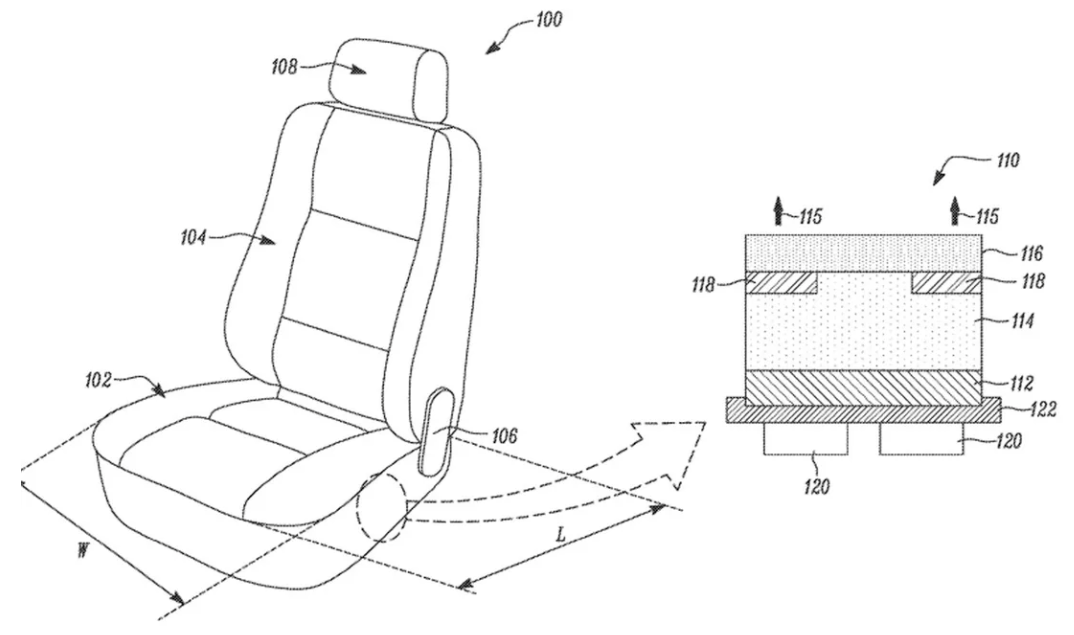 So, how does the patent application envision liquid-cooling and heating seats? Under the part of the seat a driver sits on is the first fluid layer. Around the fluid layer, another layer contains the fluid when the heating or cooling function is powered on. A pump circulates the fluid through the first layer under the seat to heat or cool the area evenly.

Hopefully, no one will break the intermediate layer and suddenly be met with a soggy seat. The patent application mentions plenty of supports for the system, but if this makes it to production, surely we'll learn more about safekeeping for the technology.

The patent application also describes a distribution element that acts as the heating or cooling element. Whether Tesla is choosing some sort of piping that allows hot or cold liquid to move well, we don't know. Neither the text nor the photos make it clear what's used.

Always remember patent applications are not guarantees that a certain feature will make it to production. Automakers file for hundreds if not thousands of patents yearly. However, we do like the idea of a seriously chilled seat in hot weather. Leather really isn't a friend to sweaty thighs.