But Tokyo analysts Patent Result says that only 21% of the 5,405 patent applications made by Huawei last year could be regarded as highly innovative, reports the Nikkei. 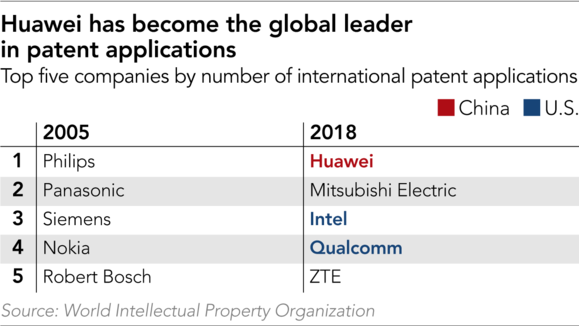 Patent Result asseses patents by a number of criteria including originality, actual technological applications and versatility and then assesses how far their quality deviated from a baseline figure

Patents with a deviation of 55 or higher are considered to represent high quality or truly innovative inventions. 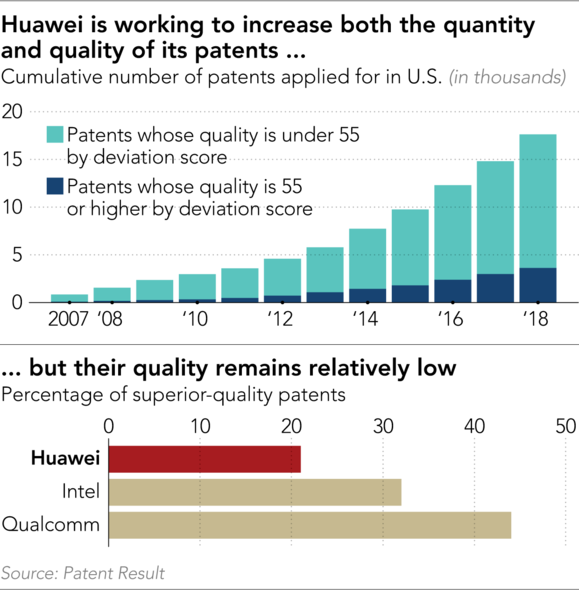 Patent Result lists Huawei’s 30 best engineers and finds that 17 of them are foreigners. The 17 are responsible for 370 high quality patents.

Huawei been buying patents – with around 500 patents bought from foreign companies, including 250 from US groups. The high quality patents account for some 67% of these. 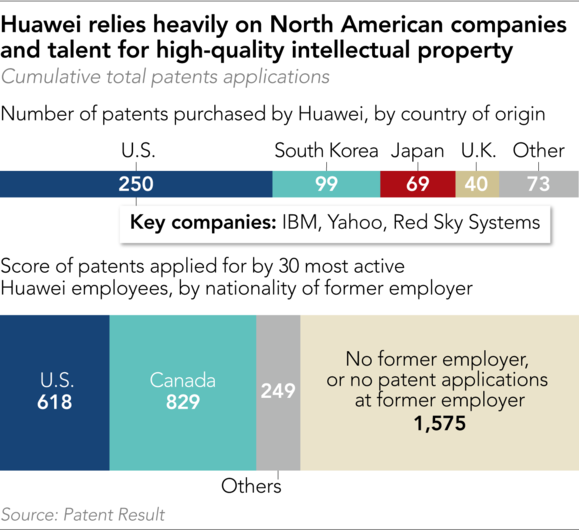