Patent litigation of Xiaomi and Ericsson came to end

Patent litigation of Ericsson and Xiaomi dates back to 2014. Ericsson filed a lawsuit on December 5, 2014, prosecuting Xiaomi for infringement. On December 8, the same year, India’s Delhi High Court ruled that Xiaomi violated Ericsson’s eight standard essential patents, and issued a pre-sale ban. After, the Delhi Court of India granted Xiaomi a ‘temporary license’ to continue to sell a Qualcomm-based smartphone, the Redmi 1S in India. Xiaomi pre-paid 100 rupees ($1.41) per device for court deposit. 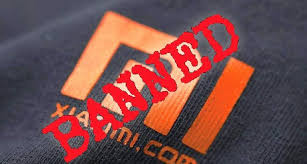 In December 2015, Ericsson reiterated its tough attitude with the Xiaomi lawsuit, stating that 'this lawsuit is still in progress and Ericsson’s position remains unchanged. Xiaomi, like other global smartphone manufacturers, needs our authorization to use our patents.'

That time many experts were pointing out that the Ericsson lawsuit is just a part of a bigger problem for Xiaomi. The company lags behind other big players in the industry with its lack of patents. In 2014, the company applied for 2,318 patents, which is still a relatively conservative number. In comparison, Samsung has 11,877 invention patents just in China alone. However, this didn’t go viral.

At the beginning of 2018, two sides had reconciled. On June 15, the same year, Ericsson China responded that the patent lawsuit with Xiaomi was still in progress.

On October 15, 2019, Xiaomi shook hands with Ericsson, and the five-year patent litigation came to an end.