Chinese researchers have applied for a national patent on an experimental Gilead Sciences Inc. drug that they believe might fight the novel coronavirus

The Wuhan Institute of Virology -- based in the Chinese city at the center of the epidemic -- has applied for a patent in China for the use of the antiviral drug, known as remdesivir, in treating the ailment. The application was made on Jan. 21 together with a military academy, according to a Feb. 4 statement on the institute’s website.

Large areas of China have been paralyzed by the coronavirus, and the move signals a desire to speed development of one of the most promising potential treatments. Beijing has moved aggressively to contain the infection that has killed almost 500 people and sickened nearly 25,000. If the application succeeds, Gilead would need to get Chinese patent owners on board in sales of the drug for treating coronavirus infections outside China.

“The good thing in having a patent is that it would lead to cross-licensing situations that give China more bargaining chips in negotiating the licensing fee with Gilead,” said Wang Yanyu, a senior partner at AllBright Law Offices in Beijing.

The move may revive longstanding concerns about China’s respect for intellectual property rights. The country has made strides in the pharmaceutical space in recent years as it works to nurture a domestic industry based on innovative drugs.

It’s not clear if or when China’s intellectual property authorities will approve the institute’s application. The patent filing will need to prove that the drug works on this coronavirus strain, 2019-nCoV, in a way that’s different from its effect on other viruses in the same category.

Filing of the patent application by a stakeholder in China, however, makes sense, according to Wang. “Most of the patients are here, rather than in the U.S., which makes it unlikely that Gilead will do all these tests,” he said.

While Gilead’s experimental drug isn’t licensed or approved anywhere in the world, it is being rushed into trials in China on coronavirus patients after showing early signs of being highly effective. It may go into clinical trials in China as early as next week in patients with moderate and severe symptoms of the pathogen, said Merdad Parsey, Gilead’s chief medical officer.

Chinese scientists have found Gilead’s remdesivir, and chloroquine, an 80-year-old malaria drug, “highly effective” in laboratory studies at thwarting the coronavirus, they said Tuesday in a paper in the journal Cell Research. The two drugs’ efficacy on humans required further clinical tests, the institute said in its statement.

China is capable of manufacturing chloroquine and now wants access to remdesivir.

The decision, however, to seek a patent instead of invoking the heavy-handed “compulsory license” option that lets nations override drug patents in national emergencies, underscores the delicate balancing act before China as it signals commitment toward intellectual property rights alongside curbing the virus outbreak.

“The fact that they have applied for a patent means there’s growing awareness about this in the country,” said Wang. “The government is compelled to avoid using the compulsory license because it has been making efforts to show China respects intellectual property rights and the abuse of compulsory licensing will draw international criticism.” 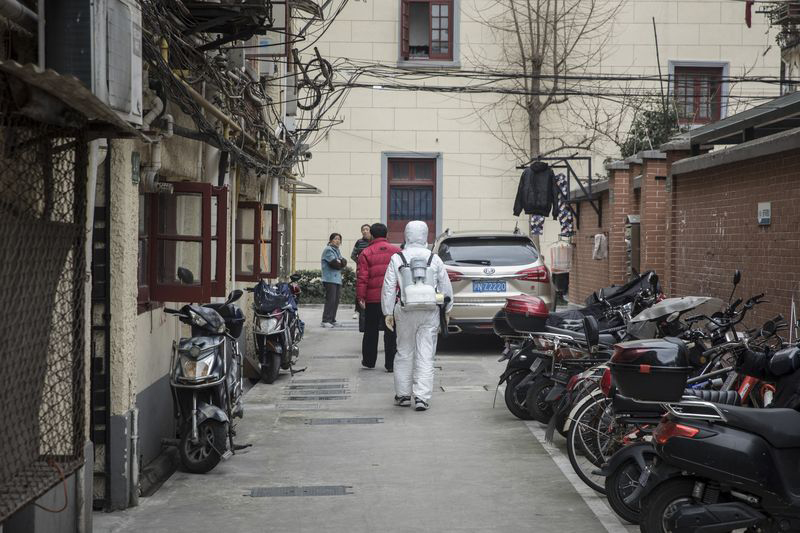 Gilead will retain the global rights to market the antiviral medication, once approved, in treating illnesses such as Ebola and SARS for which the drug was originally intended.

The Wuhan institute said in its statement that it made the patent application out of national interest, and won’t exercise its patent rights if foreign pharmaceutical firms work together with China to curb the contagion.

At its end, Gilead is shipping enough doses to treat 500 patients and is ramping up supply in case the clinical trials work.

While the drug is challenging to produce, Gilead is working as fast as possible to produce more, according to Parsey. “It has been very no-holds-barred on our side,” he said